Self-drive with rental car overland from Yunnan to Tibet

-The Tiger Leaping Gorge ( itself is tucked neatly between the Yulong Snow Mountain and Haba Snow Mountain, which surround its two sides, as the turbulent water of the Jinsha River is forced by Hailuo Shan standing in its way to turn abruptly 100 degrees northeastwards and thus gives birth of the “First Bend of the Yangtze River”. )

-Songzanlin Monastery ( built on a hillside and looks like an ancient fort. The Songzanlin Monastery is often called as the little Potala Palace because of its traditional Tibetan architectural style. )
-Napa Lake ( this wetlands area is a true paradise for all types of birds, most especially for water fowl.)
-Shangri-la Alpine Botanical Garden ( There are more than 900 species of native higher plants, including Isoetes hypsophila, Sorolepidium glaciale, Sinopodophyllum, panacis majoris, etc. )

-Dondrup Ling Monastery ( one of the most influential monasteries of Gelupa Tradition housed over 700 Buddhist monks during its peak time by the end of the 19th Century. )
-Feilaisi ( a nice village only 15 minutes drive from Dechen Town. )
-Kawa Karpo (6740m) ( the highest mountain of Yunnan, is one of the most sacred mountains for Tibetans.)

-Mingyong Glacier (The glacier is sacred to the local peoples. The glacier is fed by snows which fall on 6,740 m (22,107 ft) Mount Meili, also known as the Meili Snow Mountain.)
-Langcang River (Mekong River) ( From the Tibetan Plateau the river runs through China’s Yunnan Province, Myanmar, Laos, Thailand, Cambodia, and Vietnam. ) 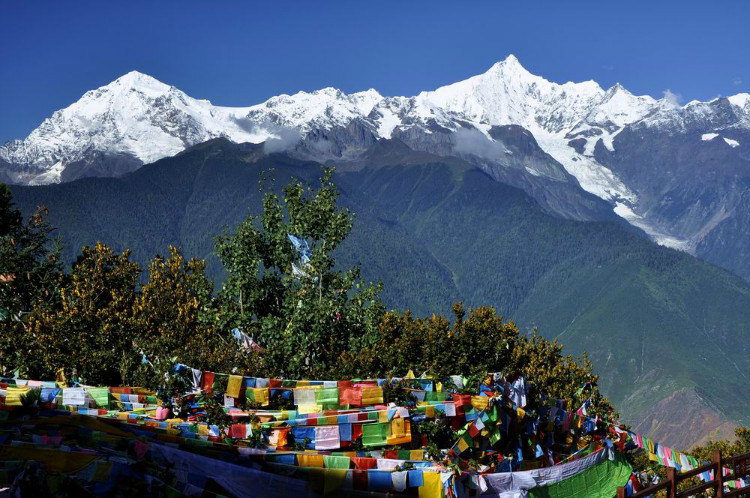 -Poto-chu Valley at Tramog ( located deep in the thickly forested gorge of Parlung Tsangpo with glacial waterfalls streaming from the mountainsides.)
-Tang-me ( where the Tsangpo and Parlung Tsangpo rivers meet.)
-Mt.Namche Barwa ( The traditional definition of the Himalaya extending from the Indus River to the Brahmaputra would make it the eastern anchor of the entire mountain chain, and it is the highest peak of its own section as well as Earth’s easternmost peak over 7,600 metres.)
-Buchu Temple ( a temple in an ancient monastery about 28 km south of the modern town of Bayi, which replaces the old village of Drakchi, in Nyingchi County of eastern Tibet.)
-Lamaling Temple ( a Buddhist monastery located near the village of Jianqie )

-Basum Tso Lake ( also named as Cuogao Lake meaning green water in the Tibetan language. It is a famous holy lake of the Nyingma Sect. )

-Potala Palace ( the landmark of Tibet and once served as the winter residence of the Dalai Lama. )
-Jokhang monastery ( the holiest temple in Tibet )
-the holy Barkhor circuit ( The Jambhala Lhakhang is below the chapel, with a central image of Marmedze, the past Buddha, and a small inner Kora path. Starting here, you can go back to the north or you can take the eastern way and join the Barkhor circuit.)
-Remoche Monastery ( It was originally built to house the Jowo Sakyamuni image brought to Tibet by Princess Wencheng but sometime in the 8th century the image was swapped for an image of Akshobhya, brought to Tibet in the 7th century as part of the dowry of King Songtsen Gampo’s Nepali wife, Princess Bhrikuti.) 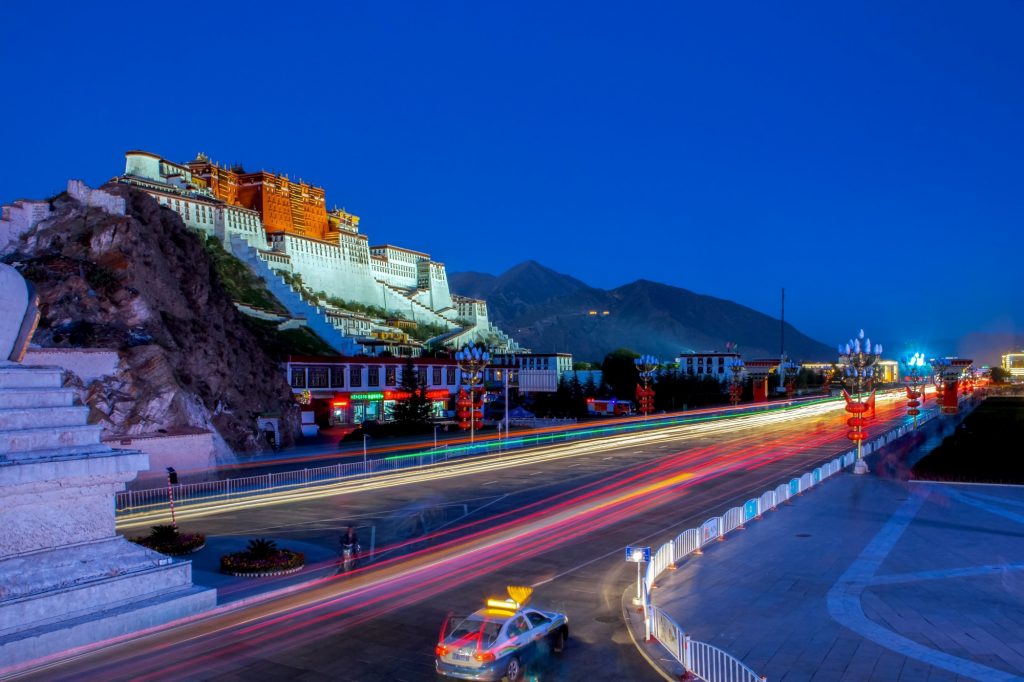 Self-drive from Xining to Lanzhou with rental car

Yunnan: South of the Clouds

Self-drive with rental car through Sichuan, Guizhou and Guangxi

drive through minority cultural and biggest waterfall in Asia

Self-drive with rental car overland from Yunnan to Tibet